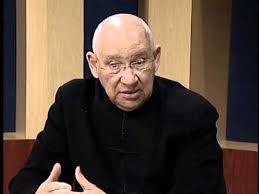 What does Nichols believe? He believes that culture is genetically determined, and that blacks, Hispanics, and descendants of non-Jewish Middle-Eastern tribes place their “highest value” on “interpersonal relationships.” In Africa, women are the equal of men. Whites were altered permanently by the Ice Age. They value objects highly, not people. That is why white men commit suicide so frequently when they are downsized.

Nichols calls his science of value systems “axiology,” and he believes that if managers and administrators understand these cultural differences, they can manage more effectively, understanding why, according to him, blacks attach no importance to being on time, while whites are compulsive about it. Whites are logical; blacks are intuitive and empathetic. Whites are frigid; blacks are warm and spontaneous. Whites are relentlessly acquisitive; nonwhites are in harmony with nature. White engineers, for example, care about their part of something; Asian engineers, managers should know, care about the whole. Whites are linear; nonwhites have a spiral conception of time. Nichols has a handout that he frequently uses. Whites, it explains, “know through counting and measuring”; Native Americans learn through “oneness”; Hispanics and Arabs “know through symbolic and imagery [sic]”; Asians “know through striving toward the transcendence [sic].”