Lt. Governor Justin Fairfax must not have been taught African history, as Molefi Asante would prescribe; must not have been raised via the principles of MAAT and Ubuntu; and must not have lived Black or Matriarchal culture which is gender-equal, according to Cheikh Anta Diop.  Why, because as, WEB Dubois, is you only know white culture, you will think and act white.

So when we send our boys to public schools…which can only teach white patriarchal values, they learn to be ‘abusers’…to act like white men…just like Trump and Brett Kavanagh…examples of white peoples’ brightest and greatest… When our Black men are raised ‘white’ they act white…not realizing that when they get caught, unlike Gov. Ralph Northam, they, like Fairfax will most probably be impeached.

Dr. Frances Welsing thinks it imperitive that Blacks understand the system of racism/white supremacy so as not to be confused about everything.  And, understanding the difference between white patriarchal culture and Black African matriarchy culture, is paramount…because culture you’re raised in gives you your values.

Patriarchy is a social system in which males hold primary power and predominate in roles of political leadership, moral authority, social privilege and control of property. Some patriarchal societies are also patrilineal, meaning that property and title are inherited by the male lineage.

For the first time in its 127-year history, the American Psychological Association admits that masculine ideology or patriarchy is bad…for men and women.  It’s issuing guidelines because practitioners don’t know how to address or treat the condition — and the 36-page document features a warning.

“The new “Guidelines for the Psychological Practice with Boys and Men” defines “masculinity ideology” as “a particular constellation of standards that have held sway over large segments of the population, including: anti-femininity, achievement, eschewal of the appearance of weakness, and adventure, risk, and violence.” The report also links this ideology to homophobia, bullying and sexual harassment.”

TO BE SAVED: Black people need to start living their Matriarchal culture which teaches the values of Ubuntu and the principles of MAAT or just basic respect… for everybody!!

Societies of Peace: Matriarchies Past, Present, and Future

African Matriarchal culture is the 1st culture, the oldest culture…under which the world has existed 200,000 years, and, which still exist in parts of Africa.  Violent Patriarchy wouldn’t have allowed the world to exist 200,000 years.  Just within the white man’s 8,000 years of existence, there’s been constant conflict, the creation of the atom bomb, global warming, the oceans and even, space is full of junk, etc.

See below, even whites consider Matriarchy as societies of peace:

White women even want to make it a field of study: 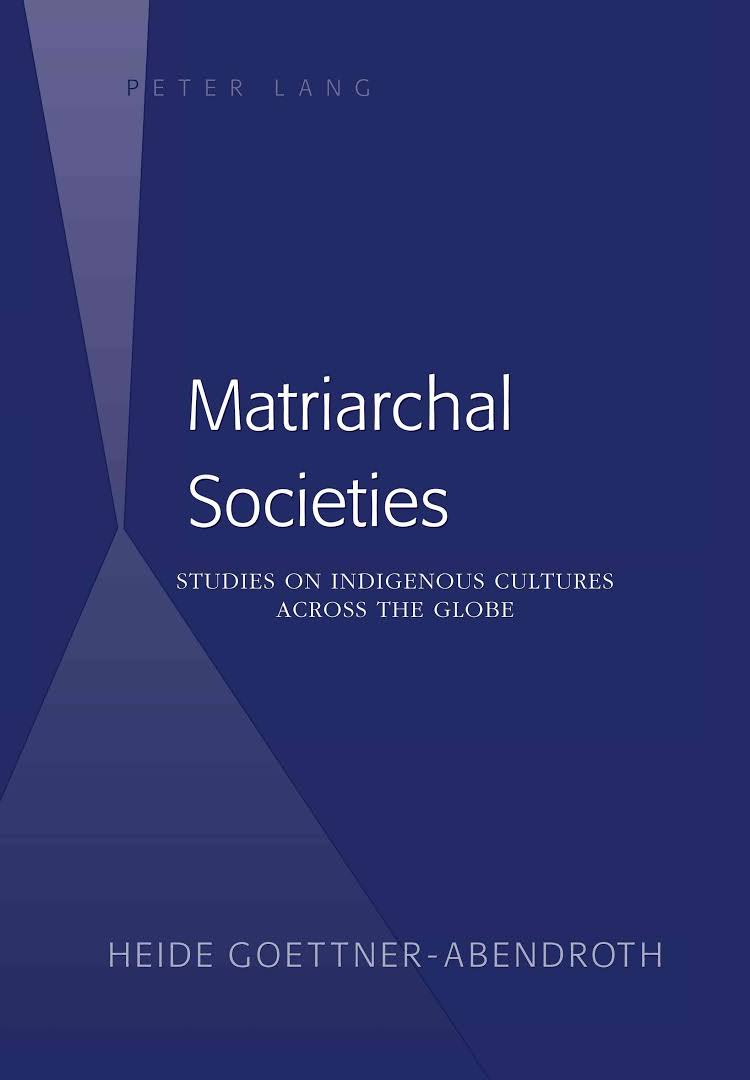 Matriarachy is a culture, not dominated by women, but descent is through women’s lenage…see below, Diop’s ,Two Cradle Theory, a brief description of both cultures.